My I-can't-run crankiness reached a fever pitch today, so I laced up my Hoka One One Cliftons, recruited my husband, grabbed the 100 lb. dog and headed out for a nice brisk walk. The weather has been gorgeous this week and tonight was the first time I really got to enjoy it.

We went a few blocks and our doggie decided she was done, so we headed home after about 15 minutes. If you're wondering how a dog can be so lazy, she's a Leonberger. El husbando stayed home, but our 8(thinks he's 17)-year-old grabbed his sneakers and came along.

My favorite 14-year-old has been running for about two years and is currently on her high school cross country team. So far, she's set a couple of PRs (personal records) and is improving consistently. I tell you this because our youngest hears about running all the time.

I've been known to talk about running at the dinner table, to read Runner's World magazine and to hang up my (and our daughter's) wet running gear all over the laundry room. 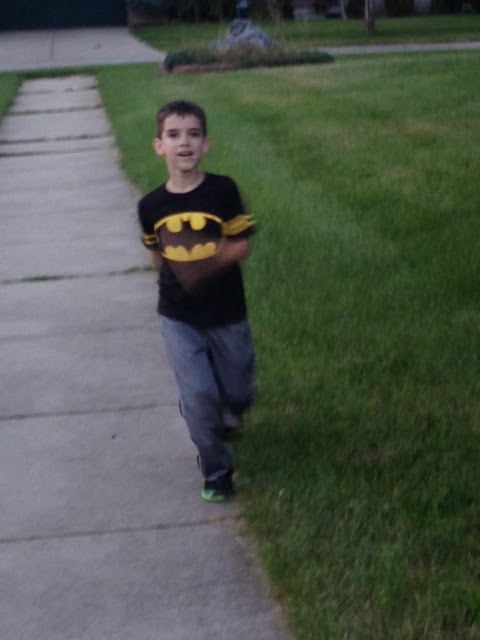 And until recently, he wanted nothing to do with it. Then he discovered soccer at school and he's been playing at recess every single day. Apparently, he made the connection between running and being good at soccer and is suddenly interested in what big sister and I have to say.

When we headed out, he suggested we run. As much as I wanted to, I pretended to be an adult and told him that I just couldn't run quite yet.

The same kid who looked at me as if I'd suggested we go buy him some nice broccoli for dessert just two weeks ago was running. Without any prompting. And -- get this -- enjoying it.

His smile was contagious and I was so happy that I forgot that I wasn't running.

It was one of my favorite runs in a very long time. In fact, I don't think I'll ever get tired of this view. 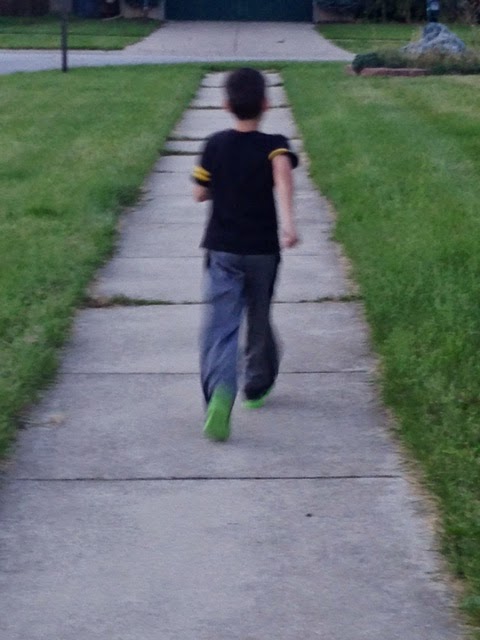 Do your kids run? Have you inspired them (or anyone else) to start running?
Posted by Unknown at 8:37 PM